Let us help you planning.
Brief about the journey

Stretching across the mighty summits of Eastern Himalayas, Sikkim is a picture-postcard travel destination. Book our Sikkim tour packages to enjoy vistas of alpine forests, snow-capped Himalayan peaks and a rugged landscape peppered with quaint villages and hilltop monasteries. This pocket-sized state holds a range of experiences and delights for any traveller looking for a much-needed break from all the garden-variety destinations in India.

Squashed between the borders of Nepal, Tibet, Bhutan, and West Bengal, this mainly mountainous state is a pristine place in India with more than 4,000 varieties of wildflowers, several snow-fed lakes, dense high-altitude forests, and majestic Buddhist monasteries. Sikkim is the land of picturesque hamlets settled amidst towering junipers and rhododendrons. 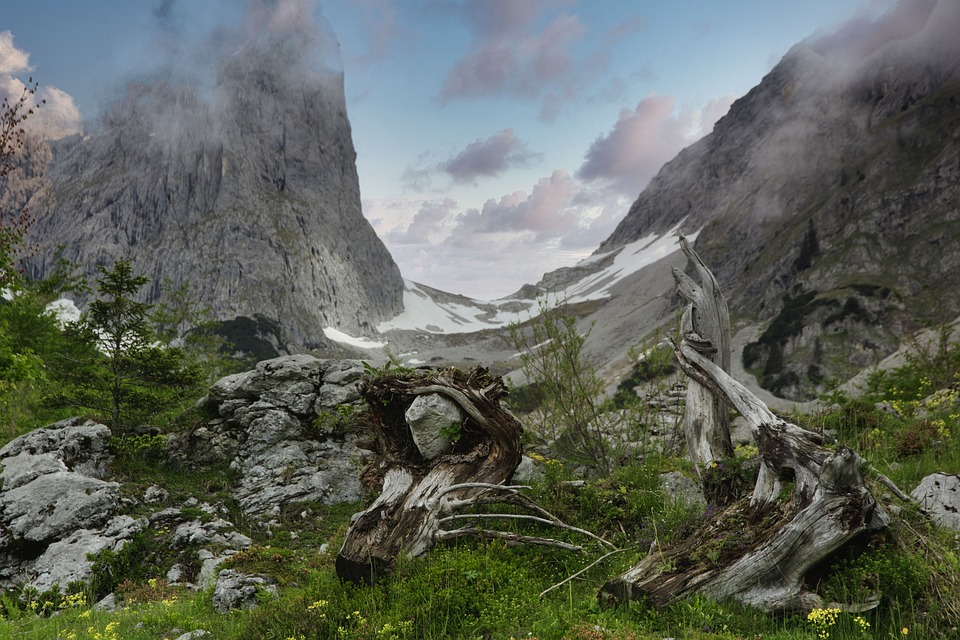 With only 29,000 inhabitants, the capital of Sikkim is situated at a mean elevation of 1,780 metres (5,800 feet). Compared with other state capitals in India, it's a relatively laidback and free from the hubbub that is common in India's many overpopulated cities. For the out-of-state travellers, the most appealing feature of Gangtok lies in its proximity to marvellous mountain vistas including the great Kanchenjunga Peak.

Ideally, with our Sikkim tour itinerary, tourists can spend a day or two in the state capital to enjoy local sightseeing and prepare further plans like organizing permits and trekking arrangements to nearby destinations.One of the top places in Gangtok, Namgyal Institute of Tibetology displays a monumental collection of Tibetan and Lepcha manuscripts, as well as Buddhist statues, icons, thangkas, musical instruments, jewellery, incense burners, and beautiful scrolls. Among other attractions, Do-Drul Chorten is a lovely whitewashed Buddhist stupa, surrounded by prayer wheels. Enchey Monastery and the Flower Exhibition Centre near White Hall also attract a good number of tourists. 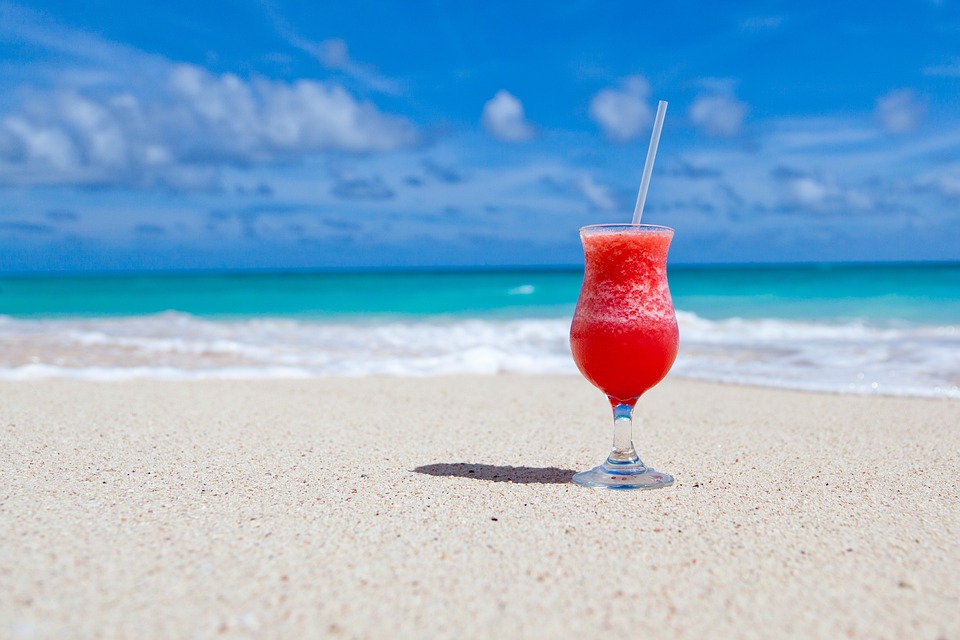 Treated by tourists as a stopover, Pelling is mostly visited by adventure seekers headed for Yuksom, Dzongri, and other high-altitude destinations in West Sikkim. This small hill town is located at an elevation of 2,150 metres and thereby allows unobstructed views of the Himalayas. Bathed in alpine flora, the region remains a wonderful offbeat destination worth exploring with our well-crafted Sikkim travel packages. Besides hiking or sunrise views, the nearby monasteries such as Pemayangtse and Tashiding Monastery are popular places.

Best Time to Visit - September to May

With a surface elevation of 3,753 metres, Tsomgo Lake or Changu Lake is one of the top draws of Sikkim tourism. With a distance of about 40 km from Gangtok, this alpine lake lies on the Nathula Pass road. Formed in an oval shape, the lake is about 836 metres long and 427 metres wide. Tourists at this beautiful glacial lake can enjoy pony and yak rides in Sikkim.

Famous For - Changing color of water

Best Time to Visit - December to May

Another mesmerizing and natural attraction to be included in your Sikkim trip packages is Nathu La Pass. The pass is famous not just because of its enthralling natural beauty but also for its rich history. The silk route which used to be a trade commute between India and Tibet was passed through Nathu La Pass only until 1962. The pass also offers clear views of Chomolhari peak in Bhutan on a clear day. One needs to carry a valid permit to enter the Nathu La Pass. The best time to visit it is from April to mid-June and from October to November.

Best Time to Visit - December to May

Located in North Sikkim, this stunning valley is famous for its wonderful variety of flora which blooms in the spring season. Renowned for lovely meadows, hot springs, gurgling river, and a breathtaking backdrop of the Himalayas, it is about 150 km away from Gangtok. Locally known as the Valley of Flowers, it remains out of bounds in the winter season due to heavy snowfall. Trekking and skiing can be enjoyed in the warmer months. The Shingba Rhododendron Sanctuary is the main attraction to explore the Yumthang Valley.

Famous For - Valley of flowers

Another marvel in Sikkim and often considered as an offbeat destination is Yuksom. It is a very scenic place with uninterrupted beauty of nature. The place has some really nice trekking trails, so it is definitely a heaven for trekkers. For people who like quaint surroundings and beauty of nature, this would be the perfect place for you to visit in Sikkim. Tashi Tenka, Norbugang Park, Dubdi Gompa, Goechala Trek, and Khangchendzonga National Park are some of the attractions to witness here.

Best Time to Visit - March to June and September to October

Another scenic and an offbeat place that has deep connection with Silk route is Zuluk. This place in Sikkim is located at a much higher altitude and does promises pristine views of the valleys and the snow-capped mountains. Thambi Viewpoint, Nag Temple and Mt. Kanchenjunga views are some of the major attractions of Zuluk. The best time to visit Zuluk would be from August till September.

The state is home to nearly 200 monasteries belonging to the two orders of Buddhism, Nyingma and Kagyu order. Rumtek Monastery, located 24 km from Gangtok, is regarded as the richest Buddhist centre in India for displaying unique religious artifacts and manuscripts. The most significant part of the complex is the 4-m-tall Golden Stupa embedded with jewels. Lachen Monastery, Phodang Monastery, Khecheopalri Monastery, Enchey Monastery, and Ralang Monastery are worth visiting to watch the fluttering of prayer flags.

Someone Who loves serene and tranquil environment, this is the place for you. Here in the lap of nature, you will feel refreshed and pampered. The landscape and the positive vibe in the environs of Lachung will keep you spellbound.

Lachen is a small and quaint village which is famous for its rich variety of flora and fauna and also ethereal landscape. There are various Buddhist monasteries here that defines its rich culture and heritage.

The best time to visit the state of Sikkim is spring and summer season. From March through early May, the weather in Sikkim is mostly clear and the temperatures are pleasant for sightseeing. Another ideal time to book our Sikkim trip packages is between October and mid-December. This fall season or post-monsoon season in Sikkim is also the best time to indulge in adventure sports such as trekking and skiing.

With the onset of winter season, tourist footfall in Gangtok and other places in Sikkim decreases. Aside from New Year and Christmas holidays, winter is generally considered an offseason for Sikkim tourism.

The summer months, from April to June, are the best time to plan a visit to Gurudongmar Lake, Yumthang Valley, and Nathula Pass. The temperature during this season remains between 13 degree Celsius to 28 degree Celsius.

Monsoon season arrives early in the Northeast so beware of heavy rainfall and landslides between late June and early September. It is not advisable to book tour packages for Sikkim in the monsoon season to remote areas due to the threat of downpour and torrential rains.

How to Reach Sikkim?

The state is accessible from all major cities in India by train and by air. There are direct trains from major junctions in India to reach Sikkim. The nearest train station from Gangtok is located in New Jalpaiguri in West Bengal. From there tourists can board a bus or hire local taxis to visit Sikkim.

For inter-state travel, Gangtok acts as the base to explore remoter regions such as Yuksom, Pelling, and Yumthang Valley in North Sikkim. Here the following various modes to plan a trip to Sikkim:

The newly-opened Pakyong Airport (PYG) is located about 35 kilometres south of the state capital Gangtok. At the moment, SpiceJet offers direct flights from Guwahati and Kolkata to this airport in Sikkim. It takes less than 90 minutes to reach Kolkata to Sikkim Airport by nonstop flight. The secondary airport to travel to Sikkim is Bagdogra Airport (IXB) near Siliguri. It lies about 125 km from the state capital and is approachable via taxi or bus in about three hours. Bagdogra Airport is directly connected with Delhi and Kolkata by nonstop flights.

The state is accessible from northern areas of West Bengal. Destinations such as Darjeeling, Kalimpong, and Siliguri are directly connected via public transport and private taxis to Gangtok and other places in Sikkim. It is not advisable to travel by road to Sikkim during the monsoon season as landslides and torrential rains often block road network. Tourists can reach Gangtok in 1 hour from the nearest PYG Airport. And, it may take up to three hours to reach Gangtok from New Jalpaiguri Train Station.

Currently, the state of Sikkim does not have any train connectivity. The nearest broad-gauge station is in West Bengal’s New Jalpaiguri (near Siliguri), which is a three-hour drive from Gangtok. New Jalpaiguri station lies on major train routes from metro cities in India including Kolkata and Delhi. Shared taxis or public buses regularly run between Gangtok and New Jalpaiguri for travellers.

Get discounts on our Sikkim packages to see the swirl of clouds and mountain peaks against the sapphire sky, to marvel at the morning sun glowing up the white flanks of Kanchenjunga, to drink down the freshly brewed tea from a local estate, to bow before Buddha at a soul-enriching monastery, and to drive along the rapids of the Teesta River.


Explore more opprtunities with us.